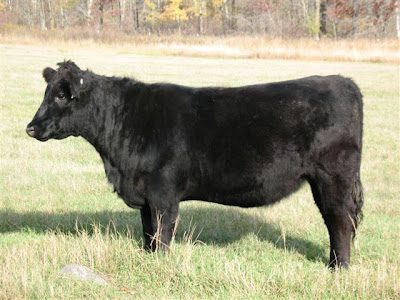 BRIEF CV:
Since her introduction as "the face of The United States Professional Golf Association" in 2003, Ginny The Cow had become a firm favourite with crowds across America - not just because of her carefree demeanour, cool head in a crisis, but also because of her selflessness in always making sure to keep her pats off the fairways and greens when the tournament leaders were coming through. This all changed during the Players Championship of 2006, at the TPC Stadium Course in Sawgrass, Florida, when a petulant Tiger Woods, having suffered a triple bogey at the par three seventeenth, laid waste to her with a seven-iron. Woods' reputation was tarnished for a while, but quickly recovered, as his PR team wrote the incident - and, by extension, the late, once universally-adored Ginny - out of history. And although when I woke up a few weeks ago I did quickly realise that Ginny's existence was the product of my overactive nocturnal imagination, I was still really, really pissed off about it for the rest of that day, and, even though Tiger Woods wasn't my favourite golfer in the first place, I've never quite felt as warmly towards him since.

PROS:
I like staring at cows. As a technique to get you into a meditative state, staring at a cow is even better than when a Buddhist recently told to imagine that my nostrils were "like big caves with the wind blowing through them". Cows make me feel peaceful. When you look at a cow, you know it's not thinking, "Am I a good enough cow?", "How can I change myself and be the cow I've always set out to be?" or "Have I reached my cow goals for this week?" It is thinking "Moo". If that.

CONS:
1. Cow dead.
2, Cow not even corporeal before becoming dead.

That is actually a pretty cool heifer. As heifers go, that is.

I stroked a cow on the head the other weekend (dont ask), its head was massive, it was a very peaceful animal though.

I didn't know about the Tiger Woods incident, as I don't follow pop culture at all, but he IS my favorite golfer and I'm disappointed! in him.

Even more disappointed to hear that this beautiful cow is gone? Tell me it isn't so!!!

Cows are great. I used to live above a dairy farm in Cornwall and they used to run and skip down the hill to the farmer when he called them for their supper time.
Note to Tom: Don't eat whatever you ate before bedtime!