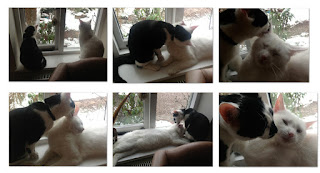 The Bear is sad because his demo was heartlessly rejected by every record company he sent it to. 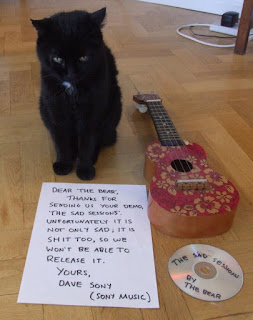 Find out what else has been making The Bear sad recently.... 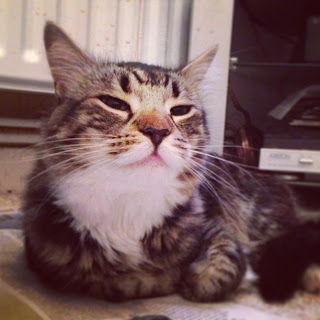 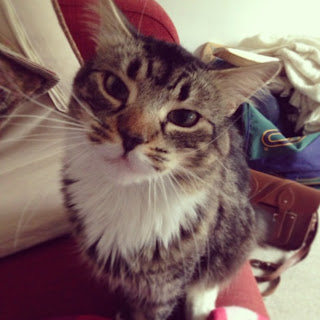 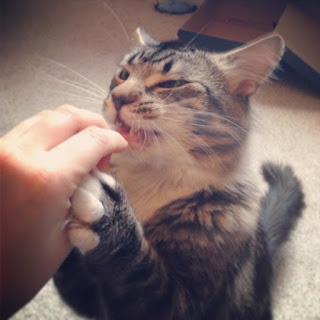 Brief biography?
I lived with another family for a couple of years, running around being very manly and hunting a lot. But then it all changed earlier this year and I ended up in a lovely lady's rescue centre in South London. My humans came to visit and picked me straight away because, well, who could resist this handsome face?

Catchphrase?
Oh, were you using that?

Favourite Habits?
I like to pretend to dig very early in the morning, as if I'm preparing for a little wee. I know this wakes my humans out of fear that I'm actually going to do it. Then they're awake and feed me. Oh, and I’ll sit on any open laptop. Why would you work when you have me to look at?

What constitutes a perfect evening for you?
A quick runaround outside and then I’ll pose on the arm of the sofa. I'm pretty good looking, so everyone in the room gives me attention. If I'm looking exceptionally handsome, my humans sometimes reward me with a laser pen.

Favourite food?
I like all food apart from hummus and tomatoes. I once ate a bowl of cake icing when the girl human wasn't looking. That didn't go down too well, but did come up quite fantastically. But my humans clean up after me and I don't think they mind a bit of projectile vomit.

Defining moment of your life?
My first poo in the bath. God it was good. It made me feel so enlightened, so free. That's when I really found myself for the first time. I'm not sure my humans appreciate it as they've started keeping the door shut but I'm always on the look out and strike when they forget.

Any enemies?
Doris from upstairs. You can see why. 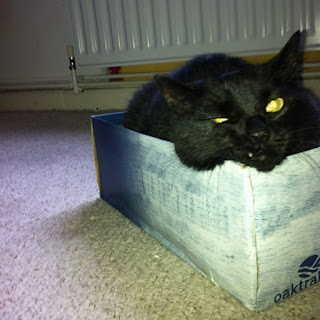 If you could do one thing to make the world a better place for felines what would it be?
Dreamies vending machines.

If you could meet a celebrity who would it be and why?
Ryan Gosling. We could have a handsomeness competition. I'd win and then they'd make a colouring book of pictures of me instead.

Which one of the cats in Under The Paw and Talk To The Tail  would you like to be stuck in a lift with?
I'd like to hang out with Ralph. He looks good, and so do I, so we could create a new cat-boy-band and make the lady cats swoon. 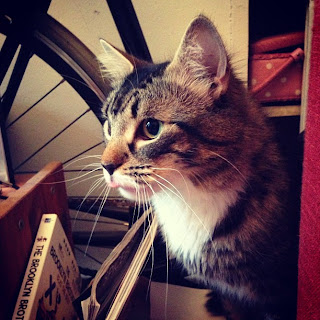 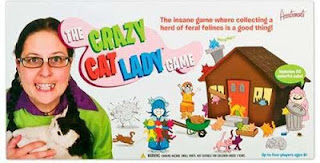 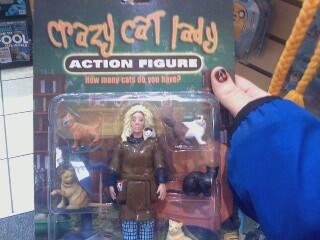 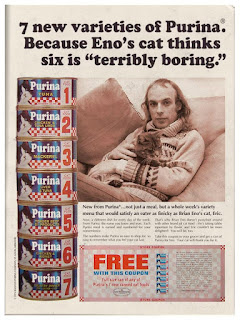 When feeding your kitten soup, always choose a soup the same colour as your kitten. 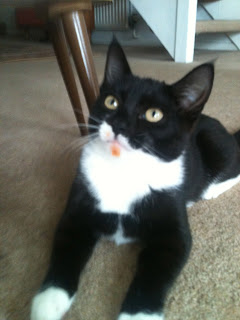 The Bear, Knitted By A Reader 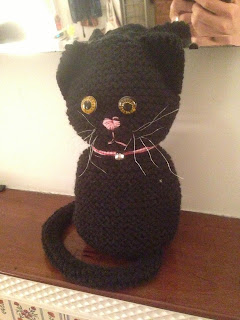 Thanks to Chris Cox for this. An excellent job, I think (even if his white fur heart is missing).
Posted by Unknown at 00:01 1 comment: 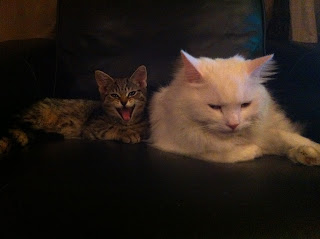 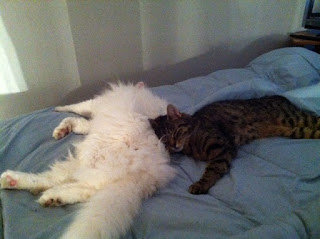 A Year Of Roscoe

This was taken on the first day she arrived here last year. I think it's clear to see the love in her eyes for me and very obvious that she doesn't want to murder me with tiny knives at all. 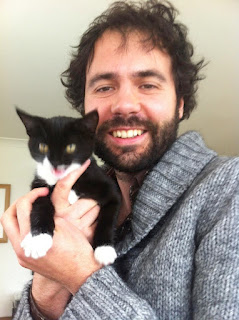