Authors And Their Cats 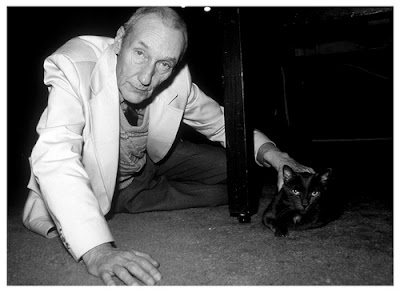 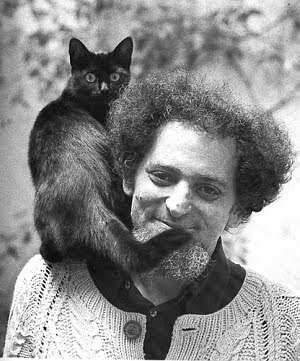 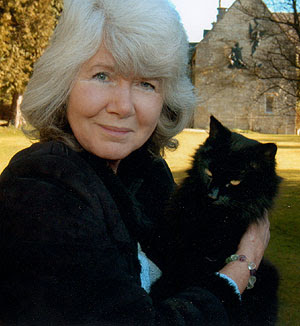 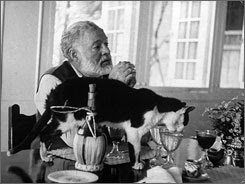 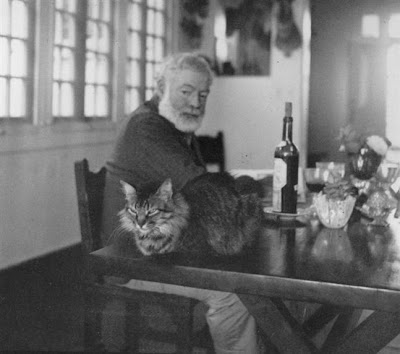 Are you the last one lol..!

Hey there--I'm also an author who's written about my cat (the book is called "Homer's Odyssey: A Fearless Feline Tale"), and I'd love to send you a photo of Homer and me! If you want, shoot me an email at gwen(at)gwencooper(dot)com, and I'll send it right over. :-)

Love the concept, love the photos you already have up!

At first I was feeling horrific because I only knew who Jilly Cooper was but then I saw the tags so I can just pretend I knew who everyone was anyway.

But really what I wanted to say was that the kitty in the 3rd photo down really looks like Eddie, the cat who comes in our back garden and is my best mate (and I might be trying to steal him but that's another matter entirely), I'm going to have to ask him about it when I see him tonight.

Hemingway had a LOT of cats with a lot of offspring. Maybe he's a relative?

All the BEST writers love cats. And it's an added bonus that a lot of these people's cats are house panthers! ;)

And where's the pic of you with The Bear? (ok, or Janet, if The Bear is too highbrow for tabloid internet exposure)

If cats work as muses perhaps I should start writing. I have six of the little 'helpers'...
(Doesn't help much when they think the keyboard is a tactile scratch mat for paws though).

you need a picture of you with your cat (S)! you are an author after all!