Procuring Your Kitten
All proper kittens grow on small furry trees. Some people purchase kittens from shops and supermarkets, to which kittens are transported in cramped lorries, alongside other cute animals such as pygmy goats and puppies. Try to get your kitten straight from a furry tree if you possibly can, as it will be more fresh, and is less likely to be bruised. 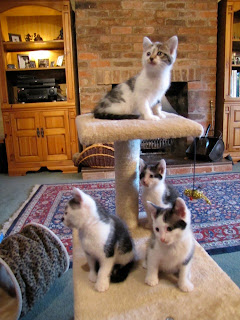 Your Kitten's First Headache
Kittens are often plagued by headaches in the first three months of their lives, and can become irritable and monosyllabic as a result. Do not on any account try to medicate your kitten's headache. Instead, make your kitten very comfortable in a darkened room, and sing softly to it. Try, maybe, one of the early love songs of David Gates, or 'Let Your Love Flow' by The Bellamy Brothers. If your singing is up to scratch, your kitten will be cured in less than an hour, and ready for its next adventure. 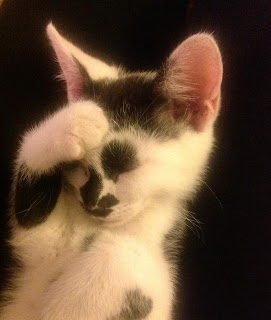 Kitten Baskets
In 18th Century England, Kitten Baskets were seen by rural folk as a surefire way to ward off evil. A Kitten Basket would traditionally contain various bits of loose material from the owner's old quilts and shirts, some herbs, and a kitten, and would be presented to new people in the village on the day of their move. The new residents would then eat the herbs, keep the kitten in their front window overnight, and return it to its owners in the morning, after which their house would be "blessed" and delivered from future evil such as storm damage, plague, and randy wandering soldiers intent on taking the maidenheads of their daughters. The tradition of the Kitten Basket lives on in many counties, although not in Staffordshire, following the infamous Cannock Chase Kitten Basket Theft of 1864. 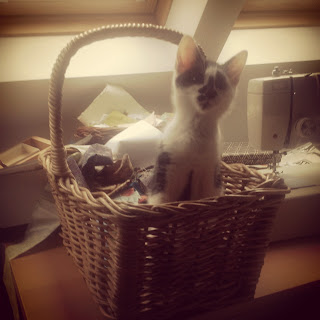 Sleeping Places Your Kitten Will Genuinely Like
It's a misconception that kittens like to sleep on blankets and jumpers. They actually much prefer to sleep in waste paper bins. Nobody is sure why this is, but some experts think it's related to the fact that wastepaper bins often contain magazines, and kittens like to read before falling asleep. Buy a wastepaper bin that's just slightly too big for your kitten, so it can grow into it. Kittens also like to sleep on toilets and the necks of people between the ages of 55 and 65. 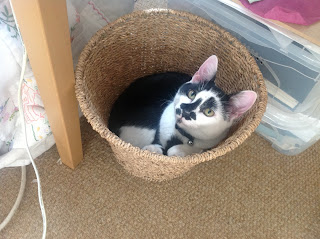 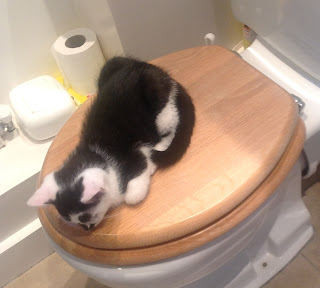 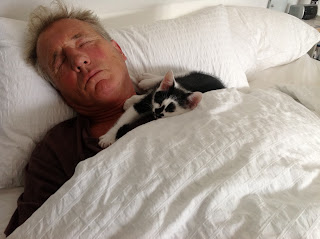 Kittens And Their Spirit World Guardians
Unlike many ghosts, cat ghosts are very kind and well-meaning. It's entirely possible that, not long after you get your kitten, a cat ghost who happens to be haunting your area at the time might latch onto it, and begin to whisper to it or hover mournfully over its waste paper bin at night. Don't be alarmed by this, and try not to shout or throw things at the cat ghost, who is probably very sensitive, especially if it is a new ghost and still self-conscious about his non-corporeal state. More than likely he or she is just trying to protect the kitten from dangerous things like cars, dogs and The Daily Mail's Liz Jones. Soon, a beautiful friendship may even develop between the two of them, full of whispered secrets and perfect, tranquil moments, where they will watch the world go by, arm in arm. 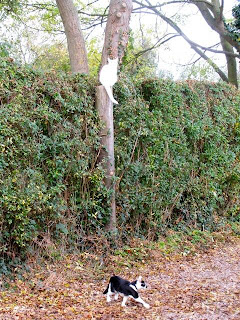 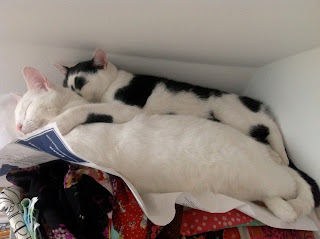 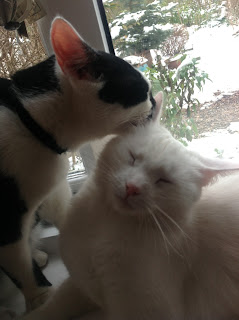 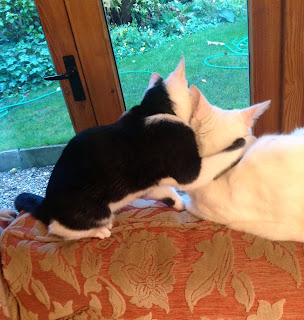 Your Kitten's First Dalliance With Disco
The natural love of kittens for disco has been severely underdocumented over the years. Kittens like disco partly because of the freedom it gives them to express themselves, but also because, unlike Lindy Hop, salsa, or other trendier dance styles, it has very few "rules". A kitten can only dance to disco for up to twenty minutes at a time, so try not to be disturbed if it falls asleep in the middle of a disco move. This just means it is on "boogie recharge". 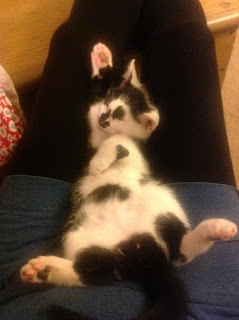 Kittens And Floristry
Despite the fact that lilies are very poisonous to cats, many kittens enjoy floristry. In this area, the typical gender roles of the human world tend to be reversed. Very few female kittens like flower arranging, but for male kittens it is seen as a sign of masculinity and virility. 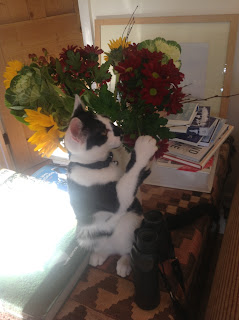 Don't Let Your Kitten Eat A Whole Cow, A Quilt Or The Plug From A Shower
Don't let your kitten eat any of these things. They are bad for it. 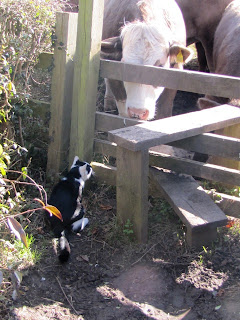 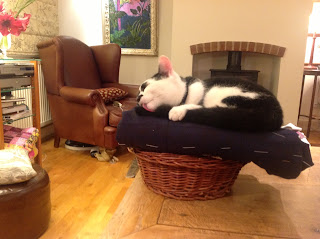 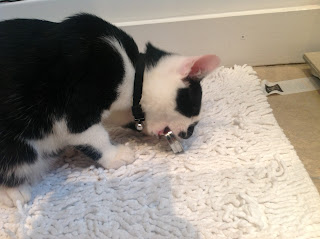 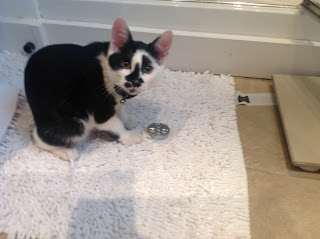 The Legend Of 'Chimney Dog'
Chimney Dog is a truly terrifying figure, stories of whose dark deeds have been passed down through kitten folklore for hundreds of years. A transsexual soot black hound with the back legs of a human blacksmith and the claws of a bitter and lonely former actress, he-she is said to climb down chimneys and steal kittens in the dead of night, when humans are asleep. Even if your kitten's elders have not told it about Chimney Dog, there will be a deep, primal part of it that already somehow knows he-she is out there, waiting. If you find your kitten staring at your chimney, with a fearful look on its face, more than likely it is thinking about Chimney Dog. Maybe just block your chimney or get a wood burner or something? 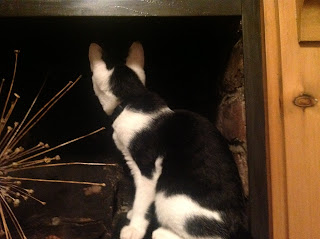 Your Kitten And The Self-Employed Workplace
As everyone knows, kittens aren't legally able to work until they are ten months old, but in the meantime, they can be paid informally on a freelance basis for house and garden jobs, such as window cleaning, the planting of minor crops, and sweeping - although not the sweeping of chimneys, obviously, because of the whole Chimney Dog thing. 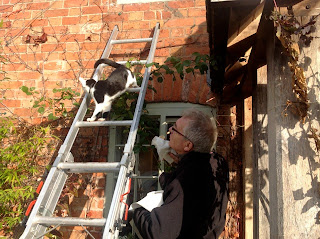 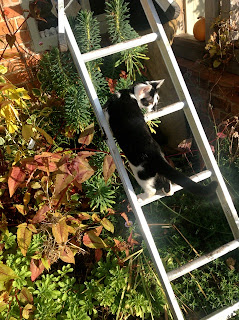 Kittens Who Scrump
Not all kittens go scrumping, but there's every chance that, if your kitten lives in a rural area, it will get caught up in scrumping culture, due to peer pressure. If you find that your kitten has been scrumping, tell it off, and make it apologise to the growers of the fruit that it scrumped. You might also want to revoke its disco privileges for a day or two, but don't be too harsh on it. Remember: scrumping is a relatively minor crime for adolescent kittens, and your kitten could be doing something much worse in this day and age, such as sniffing car exhaust pipes or joining forces with the feral kittens to fight ducks in the local park. 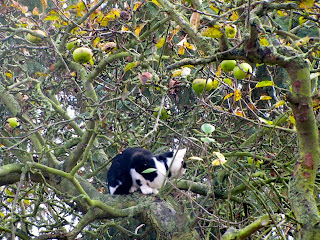 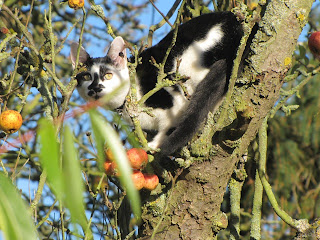 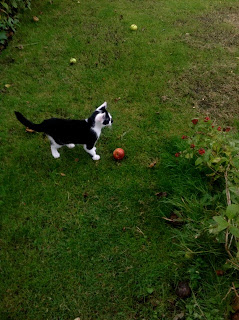 Read part one of my kitten advice, starring Roscoe.

Read Under The Paw and Talk To The Tail
Posted by Unknown at 10:26

Amazing. I've read the snippets on Twitter but this is even better. Thanks!

Wonderful! Thank you so much.

Shall follow your wonderful kitten advice to the letter

Wonderful, wonderful advice and so well told, not to mention brilliantly illustrated by your glamorous feline assistant!

So many useful tips. Fabulous!

Over the course of several years, our cat made a total of five bath plugs disappear. We were sure that he had discovered a magic portal where they could be stashed, because they didn't even turn up when we moved house!
If only your advice column had been around back then, we might have realized that the disappearing act was more gastronomical and less alchemical.