EXTRA Guest Cat Of The Month For October: Fu Manchu 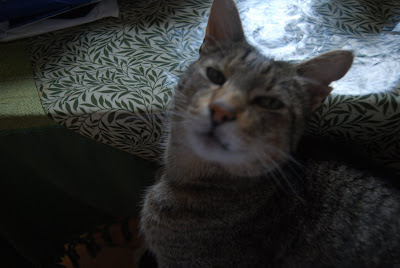 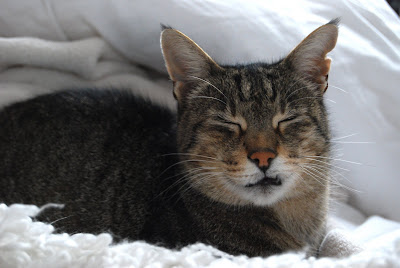 Nicknames
Fu, Fooey, Pooey, Lemony, Puss Puss and Get Down

Owners
Emma Clayton (author of The Roar and The Whisper), Jake and Molly. 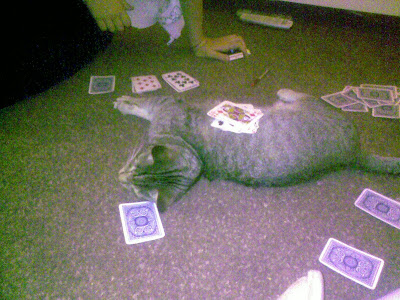 Favourite Habits?
Keeping an eye on the men who visit our house. If I think they’re a bit iffy, I pee on their things or follow them around to make sure they don’t nick stuff.

What constitutes a perfect evening for you?
Well, I would like to spend my evenings out, prowling my kingdom like a normal cat, but unfortunately I’m forced to stay at home to protect Molly from her shady looking boyfriend. I employ a range of strategies: I either create a cat barrier by wedging myself between them, pin him down so he can’t move, or sit on his head so he doesn’t forget whose house he’s in. Sometimes Molly asks me not to do this, which hurts my feelings because I adore her. I’m just trying to make sure she’s safe.

Favourite Food?
Not what I’m given.

Defining moment of your life?
I had a very frightening and painful experience when I was a young cat.

I was a shy kitten, but I became friendly and gregarious after realising how much I enjoyed playing games. My favourite game was this: I’d sit on Emma’s knee, facing her. She’d throw a ping-pong ball over my head and I’d leap, back flip like a dolphin, catch it with my mouth or paws and bring it back so we could do it again. We used to have such fun. I also loved abseiling the curtains and climbing trees like a monkey.

But when I was two, I was shot out of a tree and nearly died. I managed to crawl home with broken hips and a punctured lung. Emma found me under Molly’s bed and ran with me to the vets. I had to stay there for a long time. When I came home I was very sad. My hips hurt, I couldn’t play games and I was too scared to go outside. It took a long time for me to recover, but I’m happier now. We live in a nicer place where people don’t shoot cats. Molly rides horses and she’s taught me to show jump over piles of books and riding crops. And I have my teddy bear; a really stupid black cat called Fozzie, who follows me around and stares at walls. 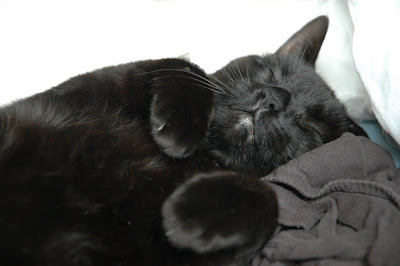 My teddy bear, Fozzie (other names: Fat Pants and The Barometer Cat)

Any Enemies?
Human beings who think that just because I’m small and furry I can be shot at like a tin can. I don’t understand them.

If you could meet a celebrity who would it be and why?
Stephen Hawking. I watched Universe a couple of weeks ago. All that star stuff is fascinating.

Which one of the cats in Under The Paw would you like to be stuck in a lift with?
Janet. Janet reminds me of my teddy bear. He would probably make quite a nice beanbag while I’m waiting for the lift to be fixed.

Biography
Emma’s first cat, when she was a child, was a Siamese called Lychee, who was very clever and gentle. When she’d grown up, she decided she wanted another cat like Lychee, but didn’t want to buy a show type, pedigree Siamese, because she was worried it might be born without a liver (a friend of hers had owned such a kitten and it had suffered very much before it was put to sleep). So Emma looked for me. I’m three-quarter Traditional Siamese and one-quarter Farm Cat. I came from a country house near Woodstock, in Oxfordshire. My mother was a tabby point, Traditional Siamese, which is why I have such lovely fur and paws. My father was this big, hard thing that lurked in the shadow of the kitchen table. For my first twelve weeks I lived in a laundry room with a litter of Retriever puppies, which may be the reason I used to be shy. For ten days after I arrived in my new home, I was a pair of quivering bat ears behind the sofa.

After I was shot, we moved to Leamington Spa, which was a nicer place for cats and children. For a while I lived next to the river and we had a woodpecker in the garden. But there were quite a lot of scrappy cats there, so it wasn’t that great in the end. Now we live in a quiet corner of the town. Fozzie and I like it here, because there’s just one silly cat over the road. Emma writes books for young humans, so I spend my days sleeping near her and waiting for Molly to come home. 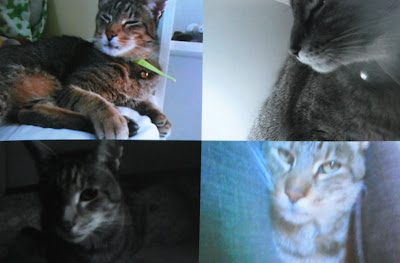 For more info on Fu's human, Emma, and her books, please visit www.emmaclayton.com. 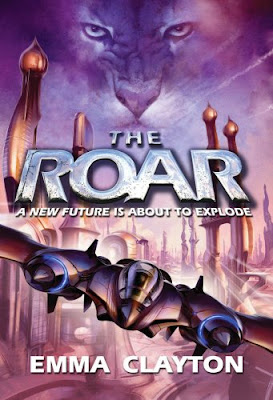 What sweet kitties!! And is that a tooth sticking out of Fu's mouth? Cute!

Fu, what a lovely guy you are. thanks for sharing your story.