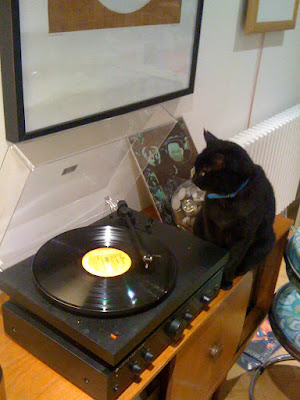 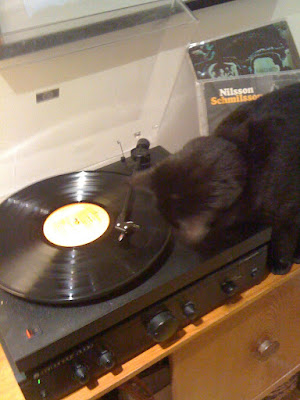 This afternoon I decided to reorganise my vinyl collection. Shipley, who's become increasingly opinionated on household matters in the months since I've been the domicile's main disciplinary force, happened to be passing through the area, and decided it was the least he could do to get involved. I think the ensuing two hours comprehensively proved that cats are a lot more musically opinionated than we give them credit for. Having already rejected my attempts to try and train him to come for food by playing The Knack's My Sharona, Shipley now made his feelings felt by lashing out wildly with a paw in an attempt to dissuade me from playing The Best Of Kenny Rogers And The First Edition, sitting on the 1972 debut album by the folk rock supergroup Morris On and Charlie Watts' face on the back cover of The Rolling Stones' Black And Blue, and, finally, in a gesture of vehemence and taste that surprised even me, scraping the needle back across Nilsson's slightly dreary I'll Never Leave You, in order to give both of us the chance to enjoy the incendiary preceding track, Jump Into The Fire, once again. I have thanked him for each of the aforementioned "comments", and have assured him that, as a direct result of them, after careful consideration, I have decided to part company with George Michael's Faith LP. 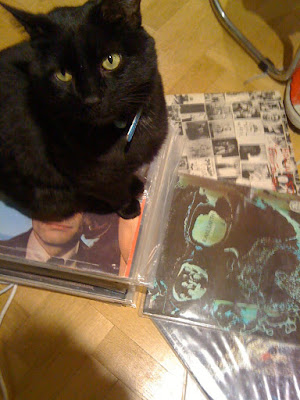 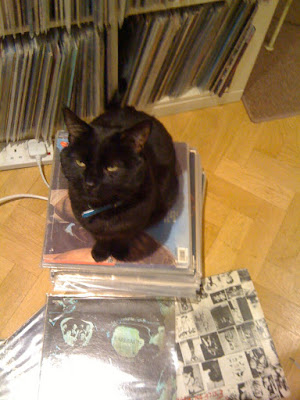 ALWAYS listen to the cat. HE KNOWS. ;)

When he was a kitten one of mine loved to sit on the lowered perspex record player cover and watch the LP go round underneath him. He seemed to like Bob Dylan the best.

Shipley made a good call on the Kenny Rogers. Once i put on some Led Zepp and Squeaky freaked out and ran under the couch. Also, Andy (Squeak's brother) sometimes goes over to my mum's cd player and turns off her cds with his paw. Merry Xmas Tom and kitties!

I think this proves Shipley was wrong: http://www.youtube.com/watch?v=yZ8k6fVe25k

I enjoyed this post (being a dj n all..)
I don't play vinyl anymore (too heavy to lug it all to work!)
but I'm always having to shoo my cats off my mixer and cd decks :)

One of my cats apparently loves club tunes - she parks RIGHT in front of the speakers at full blast, very strange....

It's funny to see your cats after reading all about them and having only a mental image! Shipley is beautiful! Cats are beautiful. ^_^