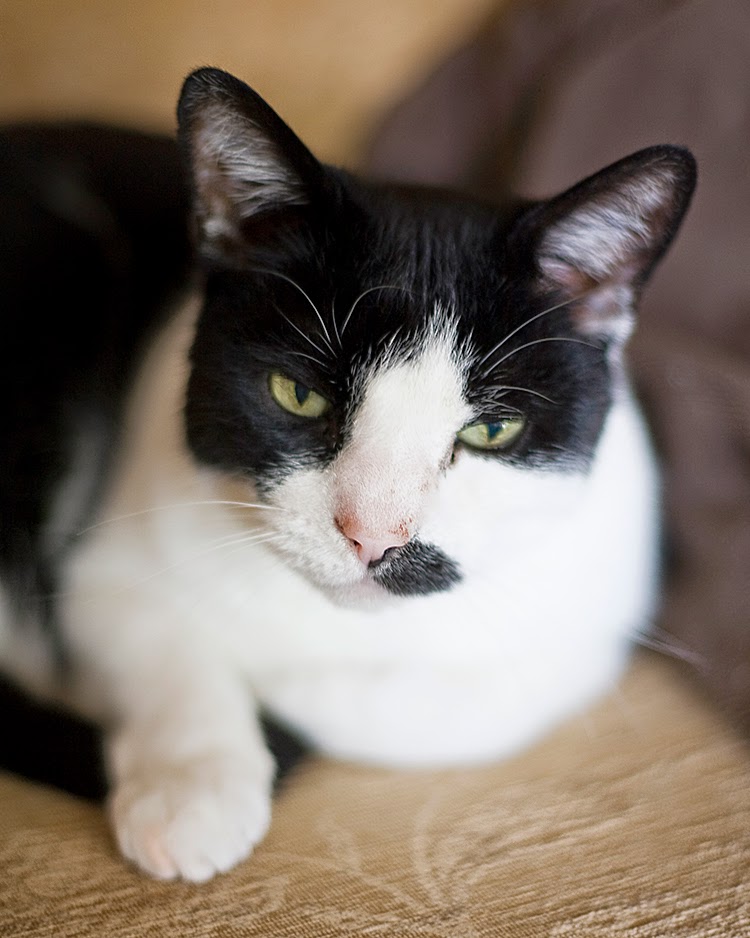 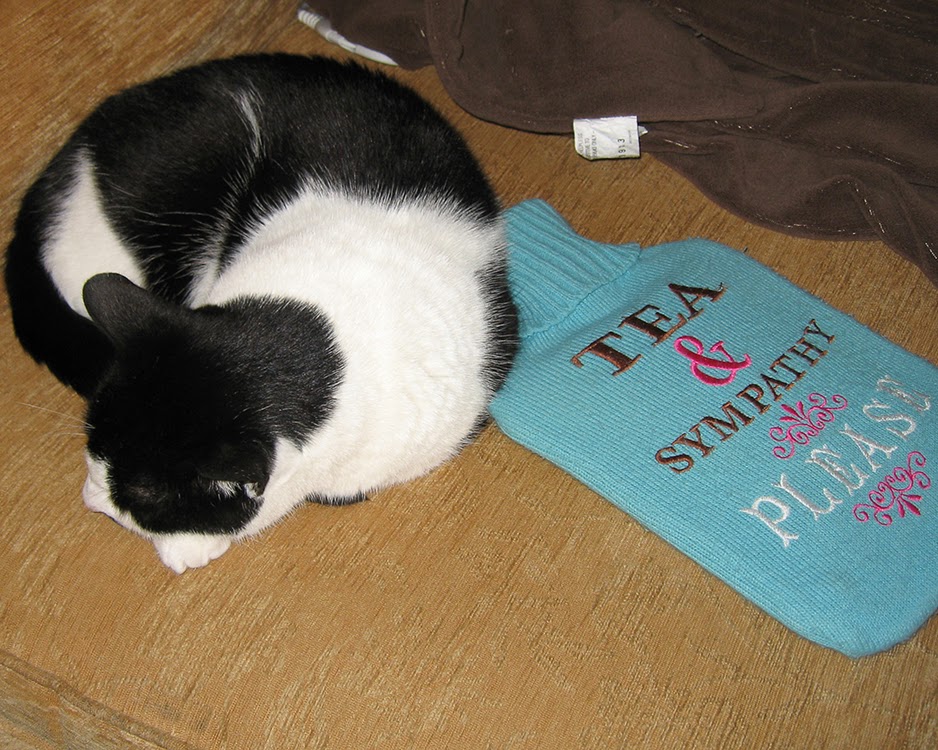 Every Breath You Take by The Police (for reasons which will hopefully become apparent!)

Jo (www.joplumridge.co.uk) and Phil. Jo is a freelance writer and photographer and Phil works for the Buckinghamshire Music service. I also live with Mai (who was a previous star of this page). Sadly, Smoke the other cat was run over a few months before I arrived. Mai is nearly 18 and, for some reason, is not my biggest fan.

I used to live with a nice older lady, who was very indulgent and treated me as the god-like creature I clearly am. Very sadly, she became ill and had to go to somewhere called a ‘home’. I went to some lovely fosterers at Cats Protection and was there for four months before Jo and Phil saw my photo and came to collect me. I must say that I know how to pose appealingly!

Jo and Phil are shaping up nicely as my new slaves, although after nearly a year of living with them, they still attempt to bend me to their will occasionally. The sooner they realise that all human food needs to be offered to me first, the better.

I like to start the evening with a small offering of catnip. I may choose to roll in this deliriously, or I may ignore it completely and look affronted. This keeps the slaves on their toes. Then a good few hours nap on Phil’s lap, complete with somewhat effeminate yowling should I get moved. Throughout the evening my sustenance levels should be kept topped up with a constant supply of Dreamies and tastes of the human food. Finally, at bedtime, a good half an hour of prowling round the bed and trying to lie in completely the wrong place before curling up on Phil’s pillow. Preferably on his head if possible.

Pizza, Monster Munch pickled onion crisps and Dreamies. When I hear the rattle of the dreamies packet, I do come running and yowl loudly if they aren’t forthcoming quickly enough. I might also raise a paw for maximum piteous effect. The slaves find it very humorous to call me ‘Crack Bitch’ and ask if I want my crack…I have no idea what they’re on about, but it’s best to allow them their little amusements. They are simple creatures, after all.

Meeting Phil. I’d never lived with a man before and when I first arrived, I was a bit unsure of him and spent all my time cuddled up to Jo. But then I changed my mind and now I can’t get enough of sitting or sleeping on him. Apparently this makes me a little ‘clingy’, but frankly I feel that Phil should be honoured I spend so much time with him.

Mai and I tolerate each other, as we’re both too old to really get into a fight. I’m not a massive fan of Denny, the big ginger who lives next door to me. He’s enormous. Fortunately, his slaves have recently purchased him a big girly collar with a bell on, so I can hear him coming and scuttle back inside without losing face.

Ask everyone who wants a cat to adopt rather than buy. And please consider older cats – we have so much love and affection to give.

I’d quite like to meet the actor David Tennant, as we both have big staring eyes. We could gaze at each other intently, and perhaps have a competition to see who blinks first.

Which one of the cats in Under The Paw, Talk To The Tail and The Good, The Bad & The Furry would you like to be stuck in a lift with?

I would love to meet any of the stars, but I think Shipley and I would get on very well. He could teach me some new swear words, and I could teach him how to be even more intense with his greetings. A match made in heaven, surely! 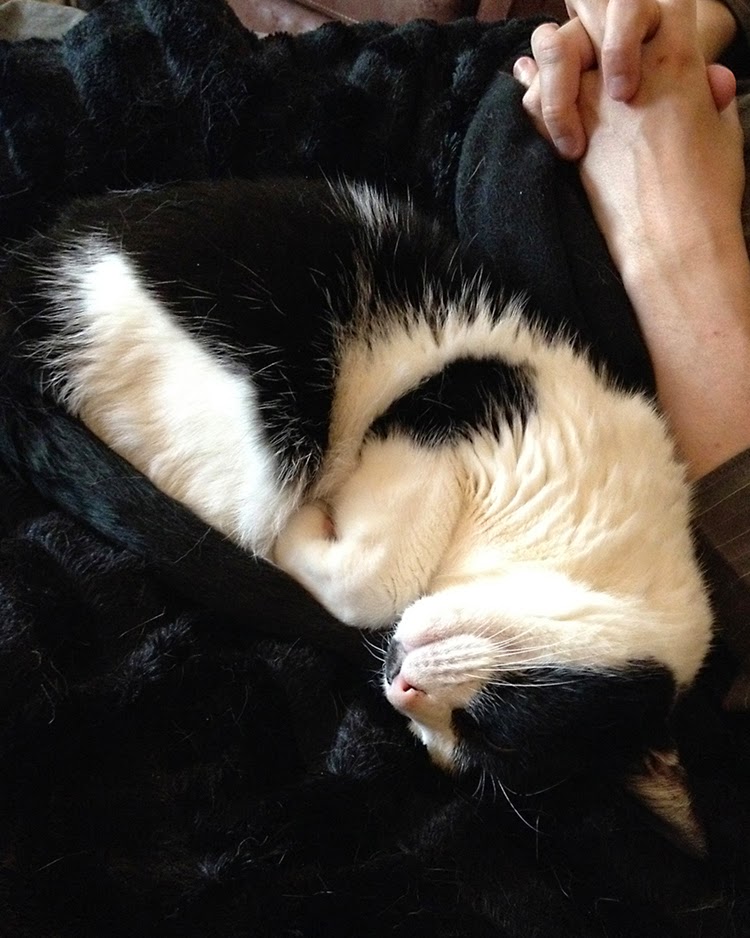 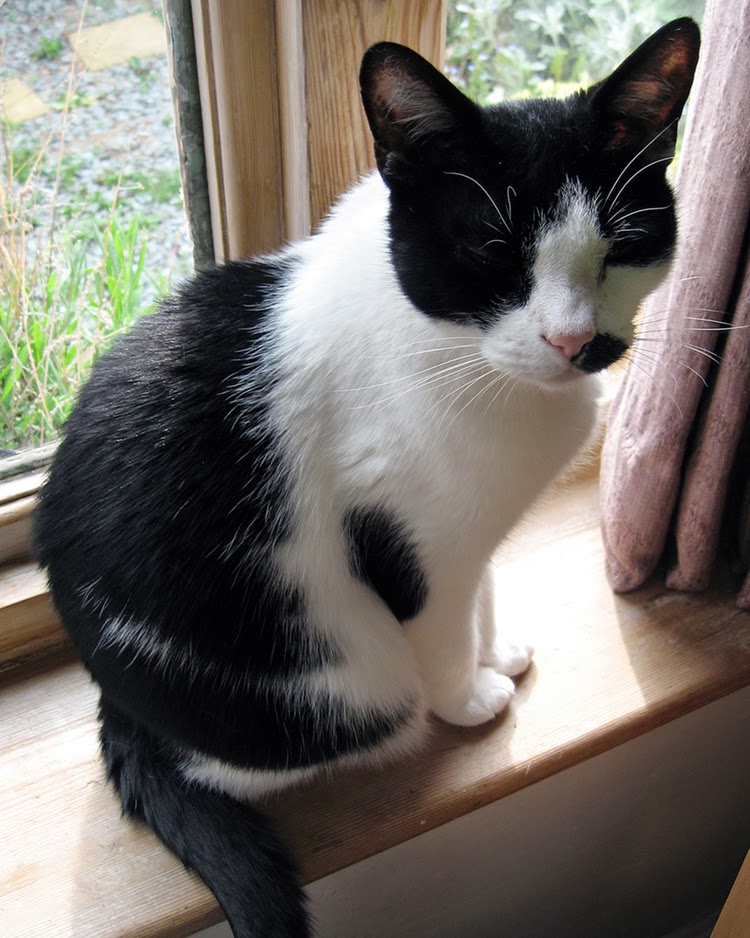 You are a cute customer Sammy and deserve your new home and lovely slaves. Older cats are full of wisdom and interesting quirks - look at The Bear!

What about playing?? Does Sammy loves to play with toys? My kitty does. We use her bird catcher pro . She enjoys it as much as I do..