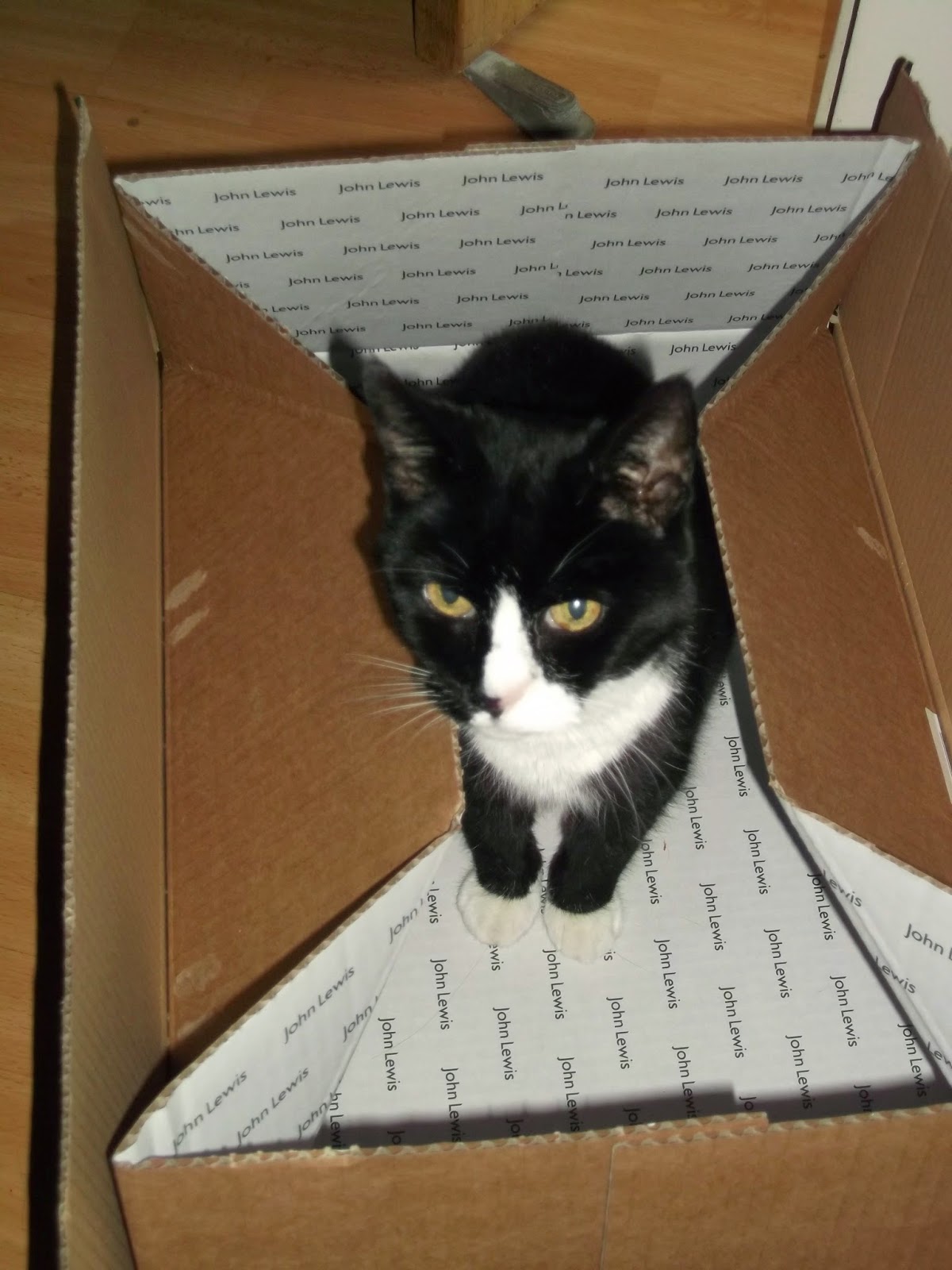 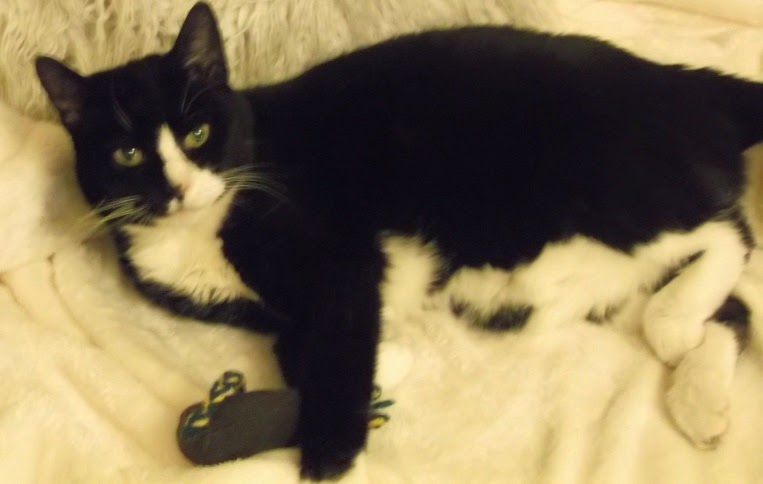 Theme tune:
Anna sometimes sings “Her name is Hula, Hula Baloola” to the tune of Copacabana.  I do not like this one little bit, not least because the noise she makes I painful to my ears.

Brief biography:
I used to live in a flat and Anna was my next door neighbour. I was shut outside all day and sometimes my neighbours would come home very late. If the weather was bad, I’d sit in Anna’s flat, for a bit of company and to warm up. When my old owners moved, they said I was going to live with the Cats Protection League.  I didn’t really want to do this, so I moved in with Anna instead.

Catchphrase:
“Is that for me?” about anything and everything.

Favourite habits:
Sleeping, watching my DVD, playing with my plague rats. When it comes to moths, I am a voracious and skilled hunter, and there’s nothing better than a tasty moth for a snack. I did once accidentally catch a bird. There was a moth RIGHT NEXT TO IT and I misjudged by jump slightly. However no harm was done, as I let it go again and it flew off a bit soggier than it had been. I used to also bring frogs in for Anna to play with – catching them again together in some Tupperware was a bonding experience we both enjoyed.

Perfect evening:
A medium rare steak, washed down with some water, followed by a few minutes watching my DVD. I’d have a nap, then some of Anna’s dinner, then look at a few pictures of The Bear. Finally I’d go upstairs to settle right in the middle of the bed, for the rest of the night.

Defining moment:
This was about six years ago. I used to be a carefree and adventurous soul, until one day, when I was out dealing with some important cat related business, I felt a bit hurt. I went straight home and went to sleep. I don’t really remember much, but when I woke up I was in the hospital and the vet told me that a nasty person had shot me. This made me realise my own frailties, so I mostly like to stay at home now.

Enemies:
I don’t really have any. There used to be a big black cat who came in the house and pissed on our tumble dryer, but he has moved house now.

If you could make the world a better place for felines, what would it be?
Everyone knows that the most important things in life are: good food, cuddles and a comfy and warm bed. I’d make sure every cat had these three things.

Which celebrity would you most like to meet?
Henry Blofeld. I don’t know who he is, but Anna promised to give me some brie if I said this answer.

Which of the cats in Under The Paw, Talk to the Tail or The Good, The Bad and the Furry would you most like to be stuck in a lift with?


Most definitely The Bear. We would both sit tidily and look at each other for a while. We would then have a very interesting and meaningful conversation about our pacifist beliefs and the state of the world today. By the time we were rescued, we would have moved on to a little mutual grooming and maybe a cuddle. 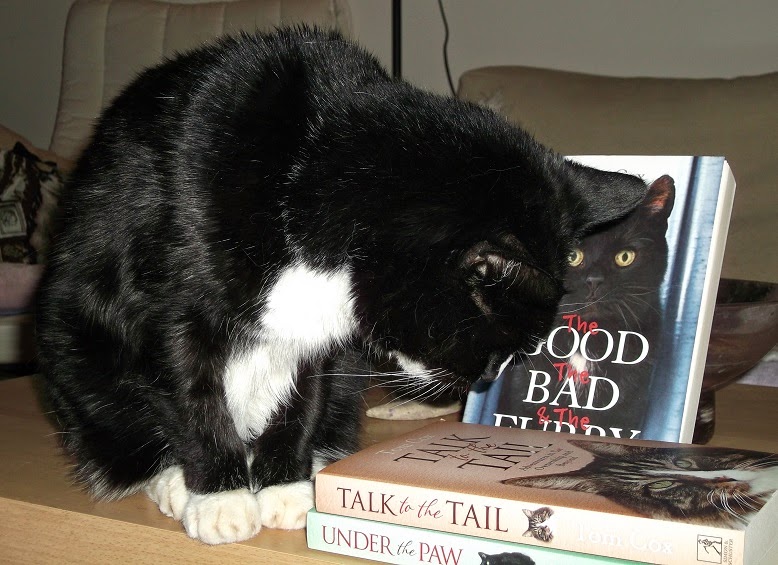 Way to go Holly! Bella Boo is soooooooooooooo jealous! Please can she state her case?

Very cute! I loved the part about his enemies. lol

I met Holly and anna through @MYSADCAT it has been lovely reading the above and finding out a little more about them. I believe Holly is coming back from vets today so anna will be totally ecstatic! Thank u tom cox and ur gang of cats and of faithful followers for brightening up my life.

I am very fortunate to have met lovely, little Holly. Such as sweet, pretty cat. She is enormously brave but I think that is because she is so loved by Anna.