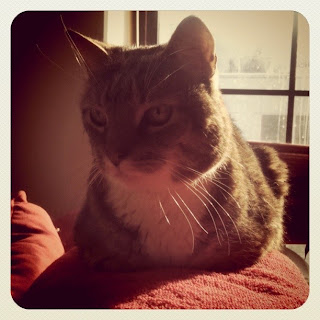 Theme Tune?
Something melancholy. There’ve been a few songs written in my honor over the years – upbeat efforts performed without instrumentation and focused on such themes as “taking my medicine” and “getting on the bed”.  I tolerate them. But I don’t necessarily enjoy them.

Owners?
Writer Anna Holmes and her estranged husband, Paul. But let’s be clear, I own them, they don’t own me.

Brief biography?
Born and raised in New York alongside my dearly departed brother, Toshi. We had Anna all to ourselves for 12 years before Paul came along, and then we acquired him as well. (He’s allergic to me, but he doesn’t seem to mind.) I used to be a master explorer and a bit of a brawler but in the past few years I’ve grown out of that phase. Now my interests involve cat beds fashioned from discarded clothing and clean, crisp, cold water straight from the refrigerator.
Catchphrase?
I don’t do catchphrases.

What constitutes a perfect evening for you?
See above.

Favourite food?
I used to enjoy the finer foods on offer – the expensive yuppie stuff made from "human grade" meat. Now I like to feed my face with the crap from Fancy Feast. Why not? Despite what they say about cats, we only live once.

Defining moment of your life?
Probably the first time Anna moved apartments and my brother and I hid under the bed for two weeks straight. I’m still a little sore about it.

Any enemies?
The stray cats on the other side of the fence at my old place in Queens. Although I suspect they were bothered by me more than I was bothered by them.

If you could do one thing to make the world a better place for felines what would it be?
Require every cat companion to place an adjustable, 75-watt desk lamp directly above a freshly laundered and folded towel. It provides an absolutely lovely heat.

If you could meet a celebrity who would it be and why?
I’m not much interested in displays of fame or fortune. But since you asked: The late, great, Edward Gorey. I appreciate his sensibility. Although I could do without the fur coat collection.

Which one of the cats in Under The Paw and Talk To The Tail  would you like to be stuck in a lift with?
The Bear. I have no patience for showboating or hysterics. (Except my own, of course, and then only after I’m stowed away in my cat carrier.) Plus, The Bear and I are members of the same world-weary, mid-90s generation: We have a common vocabulary. Does he like that English emo goth stuff?  I don’t think we’d bond over that. I’m from New York. Things are bit grittier and in your face when it comes to expressions of dissatisfaction and ennui. 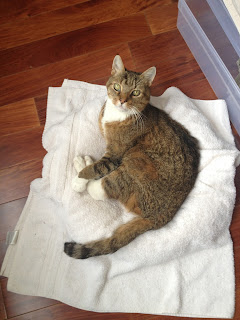 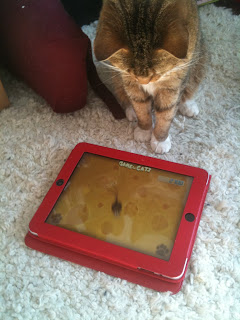