Guest Reader's Cats Of The Week: Colbie and Charlie 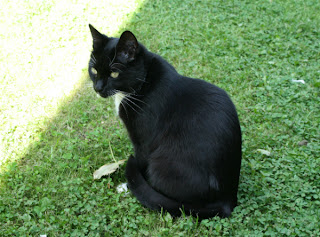 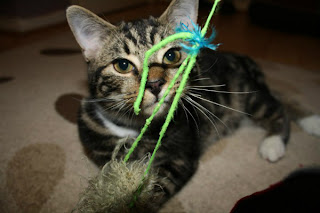 Nicknames?
Colbie: I was once referred to as ‘Princess Colbie,’ which I found quite fitting. I tried to enforce it at home but the only time it is used these days is when I’ve done something bad. I’m also referred to as Colbatron (my transformer name), Colb, Big C, and – due to an unfortunate incident that involved a microchip and an illiterate vet – Colbik.

Charlie: Ho Hey by the Lumineers. I like to purr along when Charlotte sings it to me

Charlie: 2 and a half

Brief biography?
Colbie: I was born in Derby and was the last of my brothers and sisters to go – no-one really wanted me. One day Charlotte came by with her mum, and when she saw me said “she’s perfect” to which I thought “finally, someone see’s me for who I really am.” We were great together.. and then she introduced Luke into the mix, followed by another cat and a rabbit, and life has been a grumpy haze ever since.

Charlie: Charlotte decided it was time to expand the family and started hunting for cats to buy. Luke said no because ‘one was enough’ but as soon as he saw me he changed his mind and I was home within a day. I’ve lived in the same house since and love making friends and eating treats. Everyone knows me around these parts, everyone loves me.

Charlie: “Is this seat taken?”

Favourite Habits?
Colbie: Sleeping under the trees in the garden

Charlie: Getting comfortable on peoples laps

What constitutes a perfect evening for you?
Colbie: Eating my dinner, stealing Charlotte’s dinner, going to bed alone, being left alone, crawling into bed with them and my cat teddy when they look like they might be asleep, purring like a madman because secretly I love them but don’t want them to know.

Charlie: Eating my dinner, stealing Luke’s dinner, playing with my catnip mouse, sitting in a hundred different seats, getting comfortable on the sofa and watching TV.

Favourite food?
Colbie: Tuna - we don’t really have it in the house very often anymore though because Charlie is allergic. I’ve added it to my list of grievances.

Defining moment of your life?
Colbie: The time a dog ran at me as Charlotte and Luke were standing nearby. Luke stood there with his mouth open, Charlotte threw herself in the way of the dog and starting shouting at his human companions (one of the few things I thank her for) and I completely embarrassed myself by running at full speed into the fence and cutting my face open.

Charlie: Trying to be human and throwing myself into a very hot bath. I had to be shaved and kept hearing Charlotte and Luke muttering something about ‘that bloody £400 vet bill’ but I survived and now I can take on the world.

Any enemies?
Colbie: A black and white kitten that looks exactly like me and tricks everyone into thinking it’s me by hanging out in my garden.

If you could do one thing to make the world a better place for felines what would it be?
Colbie: Cat flaps and cheesey biscuits for everyone

If you could meet a celebrity who would it be and why?
Colbie: The Bear. I think we’d have a lot to talk about.

Charlie: Spike from Buffy the Vampire Slayer. He is seriously cool

Which one of the cats in Under The Paw and Talk To The Tail would you like to be stuck in a lift with?
Colbie: The Bear. See above. 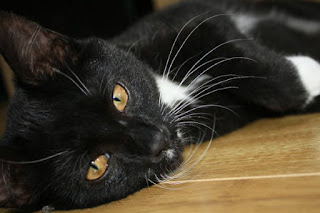 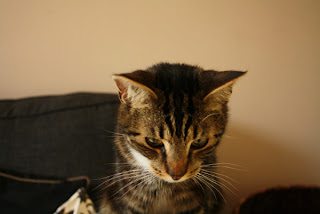 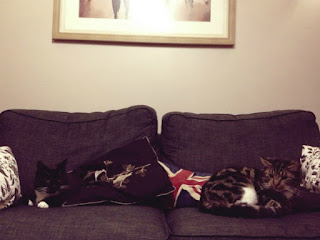