Guest Cat Of The Month For May: Puddy 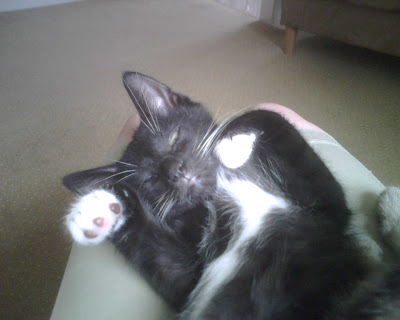 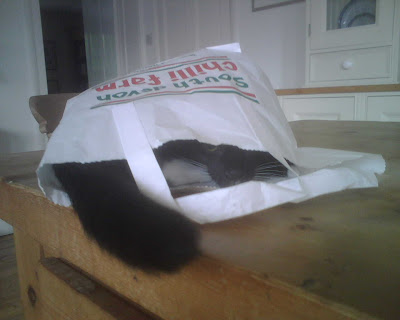 Owners
Lynn and Simon. Though given my status as a secret undercover agent for the Cat Intelligence Agency, the term ‘handlers’ is probably more appropriate.

Catchphrase?
I could tell you that, but then I’d have to eat you…

What constitutes a perfect evening for you?
Quite like doing a stake-out under the hedge – amazing what you can spot if you sit still long enough. I like watching Spooks too – I’ve got quite a few good ideas from them, though their fitness and agility levels are laughable compared with mine.

Favourite food?
Ideally something that’s still warm. I quite like Iams though - crunching keeps my teeth sharp.

Defining moment of your life?
Getting stuck 30 feet up a tree the first time the handlers let me out. Never been so embarrassed in my life, and freaked the handlers out too. That’s when I knew I had to do more CIA training…

Any enemies?
There’s a nasty black and white impuss-ter who makes incursions into the safe house through the cat flap at night. I suspect there’s a mole in the garden, but I’ve got him tailed.

If you could do one thing to make the world a better place for felines, what would it be?
Putting me in charge. I’m cleverer than most humans I know. And I can, of course speak - I just choose not to.

If you could meet a celebrity who would it be and why?
I could give that Daniel Craig a run for his money – call himself a secret agent - doesn’t even have the latest fibre-optic hyper-sensitive whiskers!

Which one of the cats in Under The Paw and Talk To The Tail would you like to be stuck in a lift with?
I’m afraid all cat-ernisation has to be puss-itively vetted in advance. And a pro like me doesn’t get stuck in lifts – I’m out through the ceiling and up the cables before you can say ‘shaken, not purred….’

Biography
I was one of a litter of five, but it’s generally agreed I got all the brains. Even at five weeks I was leading an expedition under the washing machine, and less than a day after I came to my new home I was already looking for optimum escape routes. I live with my brother Biscuit who’s a sweetie, but not much good as a field agent, and hopeless in a Code K9 (that’s ‘dog on the grid’ to you). Though he can be useful as a sparring partner to practice my paw-to-paw combat on (the handlers have a pic of that). 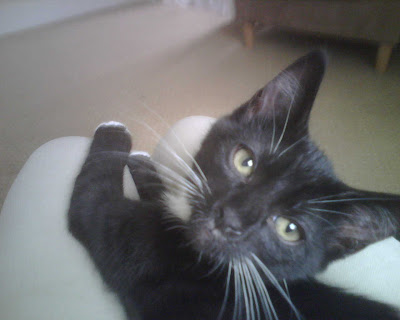 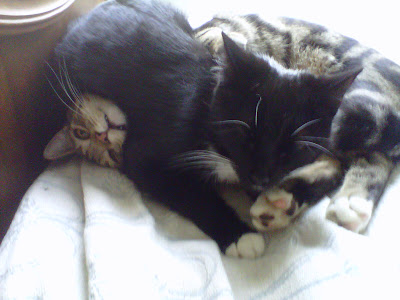 All hail Puddy-cat! You sound like the purrfect mog

Puddy you are beautiful. And you lead quite an interesting life I can see. Love the pics, love the interview. You take care of yourself you hear!

Puddy, hope you don't get into too much trouble on your adventurous missions!

Puddy is off on a mission but she's asked me to let you know that she's very flattered by all the interest she's generated. And Biscuit says 'zzzzz'. Bless.